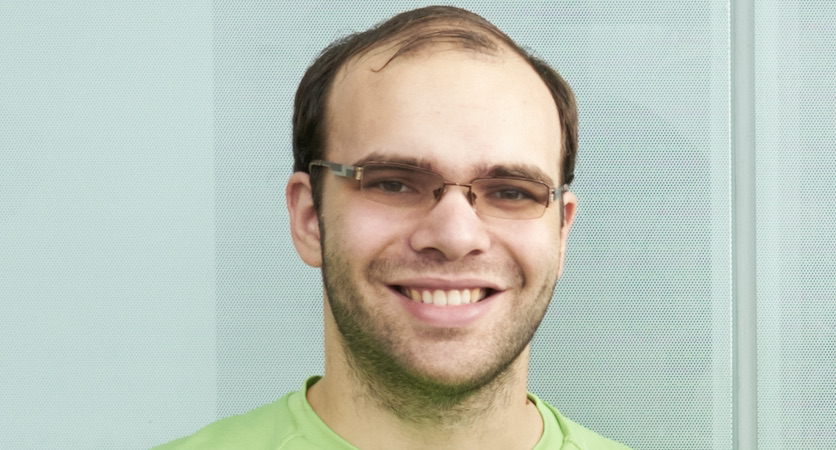 The Dean of Science Award honours Master’s students in the Faculty of Science who demonstrate outstanding performance. Speaking with the latest winner, IQC researcher Ryan Ferguson from the Department of Physics and Astronomy, we learned about his award-winning research.

Congratulations on your Dean of Science Award, Ryan. Let’s start off by talking about your Master’s thesis.

My master’s research was on hybrid quantum simulations under Christine Muschik, a professor in the physics and astronomy department at IQC. Specifically, I had two projects, one in collaboration with Wolfgang Dür at University of Innsbruck, Karl Jansen at DESY, and Luca Dellantonio and Abdulrahim Al Balushi at IQC and the other in collaboration with Karl Jansen, Stefan Kuhn at University of Vienna, and Chris Wilson and Jinglei Zhang at IQC. For both projects, we were interested in performing hybrid quantum-classical simulations of high-energy quantum theories using a technique called a variational quantum eigensolver (VQE). VQEs are interesting because they allow us to make use of the advantages of quantum computers, even the early ones that we have today, while at the same time making up for their shortcomings using a classical computer. In these projects, we hoped to use VQEs in new and exciting ways to perform simulations that have never been done before.

For the full article visit the Institute for Quantum Computing news page:
https://uwaterloo.ca/institute-for-quantum-computing/news/iqc-researcher-wins-dean-science-award-1

in Awards and Recognitions, Team news